In the latest Tory Islamophobia scandal rather than calling for Boris Johnson to apologize or face disciplinary action, some MP’s have gone full Barry Stanton and backed him.  More importantly no action or investigation has even been launched against the former Foreign Secretary in what can only be seen as another sign of weakness & fear by the PM.

Despite being told to apologize by Prime Minister Theresa May and Tory Party Chairman; Brandon Lewis for his islamophobic statements in the Daily Telegraph, a source close to the former foreign secretary has said;

he “won’t be apologising”, stating it was “ridiculous” to attack his views.

“We must not fall into the trap of shutting down the debate on difficult issues,”

“We have to call it out. If we fail to speak up for liberal values then we are simply yielding ground to reactionaries and extremists.”

Mr Johnson’s failure to address the outcry himself in my opinion shows he is happy for this to drag on. After all if he wants to launch a leadership bid it’s all about publicity for him.

Offending muslims is just a side effect to him and he’sswanned off to Europe for a holiday thinking it will die down by the time he returns.

I previously wrote about MP Michael Fabricant and his islamophobic tweet directed at London Mayor Sadiq Khan. Even though it was blatant islamophobia, he apologized and it wasn’t even news worthy enough for more mainstream news outlets to report.

Tory MP Nadine Dorries has always held views that wouldn’t be out of place in the 1930s.

In 2012 she said fo gay marriage; “Gay marriage is a policy which has been pursued by the metro elite gay activists.”

Without hesitation she joined in the blasting of islamic face veils and even went as far to claim that Muslim women wear them to cover their “bruises.”

As a muslim I find that comment particularly offensive but she’d probably accept Tommy Robinson into the Tory party if she could so it’s not surprising really is it.

In a flurry of tweets and comments to media outlets she has jumped to defend Johnson. An avid supporter of Brexit she would likely back Boris should he launch a leadership challenge against Theresa May.

Like Johnson she craves the spotlight and has little regard for who gets hurt by her comments as long as she gets air time.#

Oxy-moron Dorries argues the Burqa should be banned as women shouldn’t be told what to wear.

Lack of action shows we know the outcome that’s coming 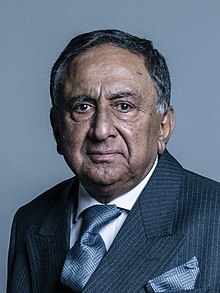 The fact that no action has been taken shows that it’s unlikely any will. Theresa May fears that should Boris be suspended more would follow and she’d be forced out or at least a leadership challenge.

Rather than lead by example and show people that the Tories take racism and bigotry seriously she gave a weak statement calling for an apology.

President of the Conservative Muslim Forum; Lord Sheikh told Sky News that Boris Johnson should be kicked out of the party altogether.

“We should consider taking severe action against him. If we need to take the whip off, let’s do it.”

Lord Pickles the former Communities Secretary called for disciplinary action to be launched should Johnson not apologize.

It’s not an apology that’s needed. He should have the whip withdrawn immediately. I mean come-on, even UKIP suspended their members who were involved in attacking the socialist bookshop in London last week.

That’s where we are. UKIP have more integrity that our government…

Now the media have been going  hard on Labour leader Jeremy Corbyn, alleging he is failing to tackle anti-semitism. There’s always a consensus in most media outlets that he’s at fault.

Boris’ vile comments get answers like; “what’s so bad about it” or “what does he need to apologize for?”

People are dying from hunger in the UK, mental health issues are rising and all the mainstream media wants to address is Labour’s alleged failure to act.  All because he rightly won’t call for a rule banning criticism of Israel.

Tory MPs’s and councillors are making islamophobic comments weekly and 99% of the time it doesn’t get past a local newspaper or blogger like myself reporting it.

Bigotry and racism is wrong in all cases but why is one type more important to the media than others?

How can muslims feel safe in the UK when their own government;

All in all the Tories are becoming more and more BNP by the day and Theresa May seems content as long as she still has the keys to No.10.

Why can’t they get it right? – Extra Info

Some of the different types of Muslim headwear for Women. – Source APP, REUTERS

I thought I’d enclose this infographic as it’s often incorrectly cited that a Niqab is a Burka.

As you can see there is a distinct difference in the two. It is far more often the Niqab that you’ll see being worn than it is a Burka.

Why can people not do the most basic of searches. I’ve seen News anchors mixing them up. It just shows the lack of care for the issue they have.

I don’t get paid for writing but if you’d like to make a donation to support me and the work I’m doing I would be eternally grateful. I try to give the most up to date and relevant articles. You can donate via PayPal by Clicking here

All my articles are unfunded but if you’d like to make a donation to support my writing it will help me continue to research and write informative content.